Celebrating Our Past, Creating Our Future 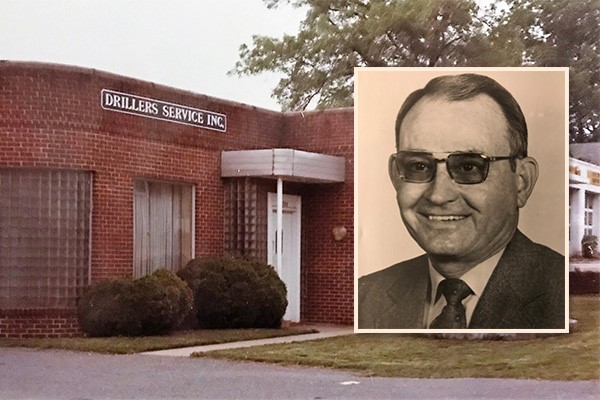 Drillers Service, Inc. was founded by H. Jack Faw, Sr. in 1954. Drawing from the experience he gained from working with his father, a long-time water well driller and pump installer, Jack opened the first DSI branch with five employees in Hickory, North Carolina.

In 1967, Jack's son, Jack, Jr., convinced his father to “test the waters” by opening a second branch, this time in Charlottesville, VA. Within a year his decision to expand had proven to be profitable so in 1968 branches were opened in Greensboro, NC and Marietta, GA (which has since relocated to Ashburn, GA). DSI continues to expand, with a total of 19 branches in eight states. Our employee count has grown from five to over 200.

While our branch and employee count has grown over the years, so has the number of industries we serve. We began as a distributor of water drilling equipment and well supplies, and today we also service the environmental, industrial/commercial, and wastewater industries. And in many ways we’re only getting started, because we continue to seek areas where we can expand our services and product offering in order to further benefit the water and fluid-handling industries.

Things have changed a lot since 1954. However, the leaders and employees of today’s DSI still have the same goal they had then: to provide our customers with products and services that are unrivaled by any other in our industry.